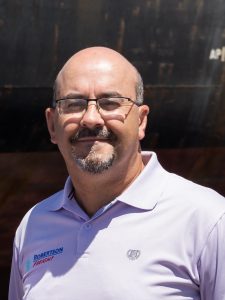 Neil has earned the respect of a vast network in the Shipping Industry with his light-hearted, but effective approach. He draws on 25 years of experience with 2 Shipping Companies, both within which he was elevated to higher levels of responsibility, to which he adds his immense value as co-Managing Member, to the Company. He has been extensively involved in Ships’ Agency business, focussing on the Commercial and Operational Logistics of vessels plying the West African trade route. Often called upon to coordinate and consult Exporters / Oilfield service companies / Traders with their shipments to and from West African ports, concentrating mainly on Angola.

Neil is very passionate about every project Undertaken, which has made him the one, to get what others may consider impossible to do, DONE!!